For a long time our industry’s frame of reference for learning technologies has been the course, the face-to-face training session, and the overall blended programme, all of which have a fixed start and end point. While all these interventions can be helpful and effective, one of their limitations is that they don’t take into account the way people actually learn, or how learning fits into their day-to-day jobs.

Our traditional conception of pedagogy presumes that after a certain point, people no longer require instruction. We go to school, then to college, then to university, some do further training in a specialism. After that, we’re thrown out into the world to get on with the rest of our lives. In his talk ‘The Difference between Coaching and Teaching,’ Harvard Medical School professor Atul Gawande explained that elite athletes flatly reject this model. They believe it’s naïve, and that few people can maintain their best possible performance by themselves. For instance, upon being ranked world number one in 2011, Novak Djokovic didn’t sack his coach. In fact, he probably gave him a raise.

Elite performers understand that learning isn’t something bestowed upon you; it’s a continuous process that requires deliberate practice and self-reflection. For athletes, coaches offer an external perspective on their performance, identifying areas for improvement. This can be psychologically challenging for people: it forces them outside of their comfort zones, allowing them to realign their habitual patterns.

For humans, this can be particularly difficult, as a result of what behavioural science has dubbed ‘the optimism bias’. This is a cognitive bias whereby when thinking about our future, we tend to inflate good outcomes, and drown out any negative information. But this outsider perspective that coaches provide is key to athletes’ success. Critically reflecting on their own abilities allows them to engage in deliberate practice to improve themselves. Gawande states that ‘In theory, people can do this themselves. But most people don’t know where to start or how to proceed.’

To ensure our continued relevance, we need to rethink the way we use learning technologies, and move away from delivering training to something more valuable to people’s working lives. We must understand that learning is a continuous process, and create digital coaching tools which can be returned to on a point-of-need basis and are personalised to each learner’s specific needs. The reasons for doing so, as I’ll set out, are numerous.

One of the key ways in which elearning can be adapted to aid continuous learning is through the use of diagnostic tools and self-review functionality. Including a diagnostic test at the beginning of the course prompts self-reflection and, as a coach would, gives a vital, objective view of their current performance. Following this, courses can deliver content that is most relevant to the learner by reflecting the results of the diagnostic. Adaptive learning of this kind offers an exciting route to help people achieve self-mastery. It means that more experienced people adept in many skills can focus on specific areas for improvement, while less experienced learners can take a broader range of learning. This is, quite rightly, seen as a good in and of itself, but the primary psychological reasons for its success often go unmentioned.

In the past, courses have been designed to be linear for reasons of efficiency. But the human brain’s idea of what’s nice isn’t the same as what a learning manager thinks is efficient. In ‘The Righteous Mind: Why Good People are Divided by Politics and Religion,’ social psychologist Jonathan Haidt used the metaphor of the elephant and the rider to explain the dual process theory. This theory states that the human mind has two different types of cognition: the rider is the reasoning part of our brain, while the elephant represents our automatic processes of intuition. Haidt explains that the rider ‘acts as the spokesman for the elephant, even though it doesn’t necessarily know what the elephant is really thinking,’ and provides post-rationalisations for our behaviour.

David Rock developed the SCARF model, which outlines the five core social domains that provoke our elephants and drive human behaviour. These are: Status, Certainty, Autonomy, Relatedness and Fairness. In a recent lecture, Ogilvy & Mather Vice Chairman Rory Sutherland explained that technical solutions won’t be very good unless they’re trying to satisfy consumer’s psychological drivers. Sutherland explained that, while Uber and similar services are written about as a highly innovative, disruptive technology, the reason for their success is a simple psychological insight.

This insight is that humans hate uncertainty. In the past, when waiting for a taxi, the only indication you had for when they’d arrive was their initial estimate. We didn’t like this state of affairs as it made us feel powerless. Uber have removed this feeling of uncertainty by allowing you to see exactly how far away the driver is. Similarly, without making any changes to the service, Transport for London were able to dramatically improve customer satisfaction by installing dot matrix displays on platforms showing when the next train would arrive. The human insight gleaned from this is that we’re happier waiting for a train that will arrive in 10 minutes if we know this, than waiting for a train that will arrive in six minutes and not knowing.

Similar to Uber, the reason why adaptive learning tools are so intuitively appealing is because it satisfies one of our key behavioural drivers; our need for autonomy. In ‘Drive: The Surprising Truth About What Motivates Us’ Daniel H. Pink explains that behavioural science has found that autonomy provides a powerful effect on performance. Pink laments the fact that ‘too many businesses remain woefully behind the science,’ through a reliance on supervision, if-then rewards, and other forms of control. Similarly, learning designers should steer clear of these outmoded tactics and embrace autonomy. This means giving learners choice in what they do, and how, when, and where they do it.

Providing learners with meaningful feedback and information, and giving learners the mechanisms to personalize the content to suit their requirements provides them with feelings of autonomy. Giving learners this freedom also creates an emotional investment which leads to higher and more frequent usage.

This autonomy has a knock-on effect of providing learners with a strong sense of ownership. The IKEA effect is the proven hypothesis that people place greater value of things that they helped to create. By including personalised action plans in courses which allow learners to plan and track their own development in any given skill will allow people to apply what they’ve learned, supporting growth and development in their key development areas. Not only this, but by customising these action plans to the learner’s unique preferences, you create a strong feeling of ownership from the offset.

The power of checklists

What about the cases where failure to perform isn’t a result of individual capability? Even in organisations with highly skilled people, avoidable failure is still commonplace. The solution isn’t disruptive, technological or fashionable, but it has been proven to be incredibly effective. The solution is the humble checklist.

Gawande was asked by the World Health Organisation to find a way of reducing the number of deaths during surgery. Gawande found that most fatalities resulted from basic mistakes. Gawande recommended checklists should be used during all surgical procedures. Initially, surgeons met the implementation of checklists with resistance, but the results spoke for themselves. By the end of Gawande’s trial, death rates across the hospitals tested had fallen by 47 percent.

In his book ‘The Checklist Manifesto: How to Get Things Right,’ Gawande explains that in the aviation industry, checklists are commonplace. He explains that this is because from the beginning of flight school, pilots ‘learn that their memory and judgement are unreliable and their lives depend on recognising that fact.’

So why aren’t checklists more commonplace in office environments? Gawande believes it’s not due to laziness or unwillingness. It’s because ‘the necessary knowledge has not been translated into a simple, usable and systematic form.’ Bad checklists, Gawande explains are ‘too long; they are hard to use; they are impractical.’ In this regard, there’s no industry better placed to help organisations develop effective checklists which result in huge ROI returns than L&D. Whilst adapting to the most innovative, disruptive new technologies, it’s easy to lose sight of less fashionable, but highly effective ‘low-tech’ solutions.

The era of continuous performance support

High performers within organisations are defined by their openness to learning. But often these people don’t have the tools needed to aid them in their continuous learning journeys. For this reason, we need to move away from an outdated, one-time use approach towards developing performance support tools that encourage self-reflection, reduce avoidable errors, and inspiring learners to continually hone their skills and return to the training on a point-of-need basis. And where should you start? There’s no better place than the ‘humble’ checklist. 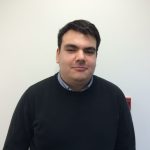 James Tyas was an instructional designer and project lead at Saffron, and previous winner of The Guardian Young Journalist of the Year. Alongside his creative writing abilities, James has a keen interest in behavioural economics which he applies to create truly magnetic learning experiences that deliver real behaviour change. As a gaming enthusiast, James combined serious game mechanics with behaviour-focused change campaigns for a variety of Saffron projects.