Back in 2006, I wrote an article for the Saffron Advance Programme called Workflow Learning: A new Ingredient for the Blend. It started by championing blended learning which I noted had been a hot topic at the Learning Technologies Conference that year. This is where different learning methodologies are blended together each using their own particular attribute so that the learning programme as a whole is more effective. But, I continued, even this fails to address the issue of the human characteristic of forgetting quickly anything we learn in a classroom before we can apply it in our work. So the prospect of a ‘golden solution’ in the name of workflow learning was discussed. If you have not heard of this you may be excused because after it first came to fame in about 2004 and was allegedly the next big trend, it is now seldom mentioned at all. But as is common when you compare something written six years ago with the present day it has not disappeared; it is present under a different name altogether.

Workflow learning is simply learning ‘just-in-time’ and as part of our work; something we are all now very familiar with. In the workplace today and according to the 70:20:10 rule, people learn informally 70 per cent of the time and in the main don’t even know that they have. Nowadays, with ‘always on’ tablet computers, smart phones and the plethora of collaborative tools, the prospect of spending days in a classroom training course seems “so 20th century”. If we need to know something, that is learn something, we now know where to find it or know how to find someone who does and we have the tools at hand whenever and wherever we are to do just that.

In the 2006 article I made the point that much time is wasted looking for information which is a cost to an organisation when it is all added together. Today, the cost of frequent visits to Facebook or Twitter during the working day is worrying some HR managers who try vainly to persuade people to abandon these activities. I also argued that a well-designed blended learning intervention is structured and therefore should have defined and measurable outcomes which cannot be said for any amount of informal learning. This is still the case today but saying so suggests the 20th century command and control policies of the training department and again that sounds rather dated. The question that arises is what have we learnt about all this since that article in 2006? In the scheme of things six years is not even a blink but in the technology based learning world it is a chasm.

Trying to write about what has changed is fraught with danger since it is so easy to generalise and say ‘that no longer happens’ when in actual fact it probably still does somewhere. Secondly, it is easy to pour scorn on the practices of the past when they were cutting edge in their day, even though they sound so dated now. Furthermore, very few people could care less about what was done before, even six years ago, because it is largely irrelevant now. The saying goes that the more things change the more things stay the same. For example, some professional industries particularly in financial services and law firms still use classroom based instructor led courses for much of their training and this is for the simple reason that for that subject material the collaborative and discursive process works. Technology can now add new dimensions to these courses by perhaps sending PDF documents to delegates’ mobile phones in the days after the session to assist in the learning process but the basic learning platform has changed little. In any case, if it is not broken why try to repair it? The problems may lie not with the ‘old’ ways of doing things but how we now apply the new ways.

As technology has developed it enables us to do things that only a few years before we would not have dreamt possible. Being able to carry in your hand a computer capable of doing far more than most people’s desktop PCs has fuelled the consumerisation of information technology. Nowadays, unlike six years ago, it is up to you what apps you use on your own smart phone and none of the business of the IT department. Gone are the days where you were told what computer programmes you should use and this liberalisation has driven another big nail in the coffin of command and control training in turn has created a revolution in the L&D world; the requirement for learning professionals to cease being the sage on the stage and instead merely a facilitator who makes things available and then walks away. After all, if people learn while they are working who needs a training department?

Nowhere is this more apposite than in the world of social media. There are probably only a few people left in the world who have not heard of Facebook or Twitter. They may not be users but they know that they exist. If they are not users it is probably because they do not want to use it for the simple reason that they do not see how it would benefit them in any way. Some would say that this attitude is misguided because they could be doing this, that or the other but it is their personal right not to do what others think is an intrinsic and immutable part of their life; no one can force them to use these tools. It is anachronistic therefore to create a social media strategy as part of an overall L&D strategy since it simply could not be implemented. Yet collaborative learning, knowledge exchange and sharing information is acknowledged to be beneficial especially but not exclusively in large organisations. All attempts to cajole people into using social media will fail since you only do these things if you can identify a personal benefit in doing so. Then add mobile technology and you suddenly see writ large what has really changed in the last six years.

So are we now in a brave new world where everyone continuously learns ‘just-in-time’, while they are working, collaborating with colleagues across the globe, accessing at will vast resources of data, information and knowledge enabling us all to function at a higher cognitive level than ever before? Well we all know the answer to that question, don’t we? With new technologies and capabilities come new dilemmas and problems. In the workplace we can do much more than we could six years ago but in being able to do more we find less time to do anything else. Back in 2006 I said in that article that workflow learning was not a ‘golden solution’, just another part of the blend. That is still true today only the options for blending a learning programme are now greater than ever before. Even with this new range of options we are no closer to perfect learning than we were in 2006. All we can do is to continue experimenting, trying new ways and admitting when we have made mistakes. If we have come this far in six years I will be the last person to predict what we will be doing in 2018. 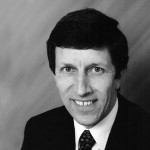 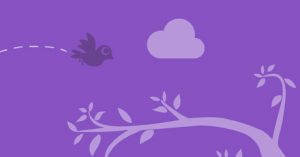 Would you build a wooden horse? – 5 ideas for making change successful in the digital age 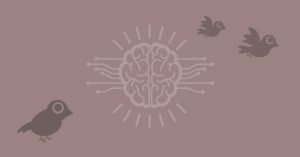 Machine Learning: the future of learning? 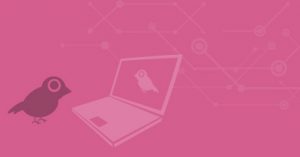