Writing for the reader: banishing the business speak and energising your e-learning

Recently I wrote a post for the Spicy Learning Blog about banishing business speak from e-learning.

I began the piece with a quote: ‘If you are interested in stories with happy endings, you would be better off reading some other book.’ (Lemony Snicket) Don’t recognise it? If you’re not either of primary school age or the parent of someone who is, that’s hardly surprising. This particular line is the one that opens Lemony Snicket’s A Series of Unfortunate Events and I think you’d be forgiven for questioning the wisdom of choosing these as the opening lines of your book. For those of you unfamiliar with Mr Snicket, he – along with the Baudelaire orphans and the ruthless, unscrupulous Count Olaf – has been the biggest thing to hit children’s bookshelves since Harry Potter.

I imagine there’s a big part of you asking why this is relevant to e-learning (although I bet there’s also a little part of you itching to Google ‘Lemony Snicket’). The reason is that I believe we can all learn a lot from this master of rhetoric. There’s a lot of talk these days about making a training course engaging and that tends to mean using the latest technology, blending it with some social networking site or another, doing something new and exciting with video or taking user interaction to the next level. That’s all well and good, but all this glitz and gadgetry can mean that we forget about the most basic building block of a training course – the word.

People are people, whatever they’re reading…

Think about an advert you’ve seen lately – in a magazine, on a billboard, on the side of a bus. The chances are there’s a memorable image, maybe a famous face. And almost certainly a catchphrase, slogan or pithy saying. The marketing and advertising industries never underestimate the power of language, so why do we in learning and training?

I’m not alone in thinking this. In his excellent book The Online Copywriter’s Handbook (which, although focused on website or online marketing copywriting, is well worth a read by anyone writing online training material), Robert W. Bly says much the same thing:

The old saying among direct marketers is “copy is king”. Words make the sale and get the order. Layout and graphics serve primarily to make the copy more readable and are not the key drivers. But in the online world, the attitude toward copy is completely different. Copy and copywriters rank – mistakenly so, in my opinion – low on the totem pole.
– Robert W. Bly. The Online Copywriter’s Handbook. McGraw-Hill 2002. P3.

Bly, who has a real way with words, goes on to say that ‘people are not fundamentally different beings when they go online; people remain people.’4 And indeed, people are not fundamentally different at work and outside work. If you met one of your people in the staffroom you wouldn’t bombard them with sentences of 30 words or more and you wouldn’t fire jargon at them. So why do it in a training course?

Too much e-learning is full of industry jargon and legalese; too many learners have to battle through screen after screen of text that is, at best, too formal and, at worst, too hard to understand or just plain dull; and all too often the overwhelming tone is one of businesses covering their backs. Most people don’t read instruction manuals or academic textbooks in their leisure time; they watch Friends or Coronation Street, they read novels and magazines, they share anecdotes and gossip over drinks with friends. What we as instructional designers need to do is recognise this and create a training course that appeals to its audience as people.

Injecting a little life into learning

Clive Shepherd is not only a prolific blogger on all things learning related, he’s also a great example of an engaging writer, as evidenced by this passage which sums up the problem and raises a smile at the same time:

They do say that selling training is like selling dog food – you sell it to the owner not the dog. The dog gets what their owner thinks will be good for them. Likewise, most training is sold to the management … not the learner. Management thinks they know best. They are sure learners prefer their training to have a serious, businesslike tone. They believe, mistakenly, that people can learn any number of abstract facts, rules and procedures just by seeing and hearing about them … They are wrong. Who’s supposed to put them right? The training department. Do they?
– Clive Shepherd. ‘Learners know best.’ P20.

The authors of e-Learning and the Science of Instruction suggest that ‘the rationale for putting words in formal style is that conversational style can detract from the seriousness of the message.’ It’s tempting to fall into the trap of believing that in order for what you say to hold any weight and authority, your tone has to be formal and intellectual. This is a myth.

Unless you’ve been living in a cave for the past decade, and regardless of whether or not you’re a fan of smoothies, you’ve probably heard of Innocent. And even if you’re not into the drinks, it’s hard not to like the brand. Perhaps its biggest selling point is its personality – there’s something a bit hippy, a bit playful, in everything it produces (just as Lemony Snicket taps into the naughty, rebellious streak in all of us, Innocent taps into the child in us). It’s not just the advertising: the ingredients list on the bottle, the contact address (Fruit Towers),  the annual report – nothing is too unimportant or too important for the Innocent treatment. So if Innocent, one of the real success stories of the past decade, can inject a little life into even the blandest or most official of documents and still get the important messages across, why can’t we all?

Clark and Mayer devote an entire chapter to the personalisation principle. Put simply, this principle is based on the fact that ‘people work harder to understand material when they feel they are in a conversation with a partner rather than simply receiving information.’

This is nothing new – these days the term ‘e-learning’ (as opposed to ‘e-telling’) implies a level of user involvement and the rise of blended learning has led to the development of highly interactive training programmes. Online coaches or ‘pedagogical agents’ are an accepted and commonly used feature of e-learning.

Clearly, then, certain personalisation techniques have been widely and warmly adopted by the learning and training community. But people still seem reluctant to let go of their long words, even longer sentences and technical or legal jargon.

Think back to your student days and you’ll probably appreciate Victor Stachura’s claim that ‘it’s difficult to pay attention to material written in a formal tone (like most textbooks) even though you may want to understand it.’ So when you’re the one writing the material, give the user a break and make what you’re saying easy to understand and remember.

How to put it into practice

LIt’s one thing to be convinced of the value of writing in a conversational tone – it’s quite another to do it well. There’s a lot of literature out there on how to do it (Stachura and Bly both offer useful tips), and there’s definitely an element of personal style, but I think there are a few key rules that are a good starting point:

Of course, as with everything in life, it’s all about balance. You want to give the learner something interesting, engaging and even – dare I say it? – fun. Equally you need to be wary of distracting them with excessive colloquialisms or undermining your material with your witticisms. Ultimately you’re writing for your reader, so put yourself in their shoes and keep them in mind.

It doesn’t matter whether you’re writing an induction course or a compliance course, whether it’s for newbies or senior management – take a leaf out of Lemony’s book and be a little daring. Start small (think ‘we’ instead of ‘the company’ and ‘what’s coming up’ instead of ‘course objectives’), break some bad habits and banish the business speak. You might not be winning any Pulitzer prizes or rivalling Lemony Snicket on the bestsellers list, but with any luck you’ll soon be a breath of fresh air to staff sitting down to take yet another training course. 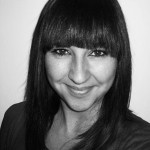 Stephanie discovered the world of online learning after graduating in 2007 and spent the first four years of her career on the supplier side. In fact it was as an instructional designer at Saffron Interactive that she learnt her trade – creating concepts, designing learning strategies and writing effective, engaging content about everything from financial management to data protection to sustainability.

Along the way, she developed a passion for online learning design, becoming the LPI’s first Instructional Designer of the Year at the IT Training Awards 2010. That same year, she also discovered the power of social media, joining the Twitterati (@stephaniededhar) and sharing her tips and ideas at www.stephaniededhar.wordpress.com. She’s also given a fair few seminars and webinars for such illustrious three-letter-acronym organisations as the eLN, the LPI and the LSG.

In 2011, Stephanie made the leap to her first in-house role, and now works as a learning and performance consultant within leadership development at BP. She enjoys the challenge of taking a ‘dry’ or ‘boring’ topic and turning it into something engaging and really useful. She also loves exceeding people’s expectations of what online learning is. The team at BP is doing some really inspiring and exciting things – so much more than what people often envisage when they hear ‘e-learning’ – and she loves being a part of that.

According to various psychometric and personality profile reports, Stephanie is a life-long learner. Since studying modern languages and literature at university, she’s taken a course in fashion journalism (admittedly a pipedream, unlikely now to ever be realised), got an MA in French literature, and become a Certified Online Learning Facilitator via the LPI. These days, Stephanie can usually be found with her nose in a book (she also blogs at www.stephanieisreading.wordpress.com) or learning Greek.