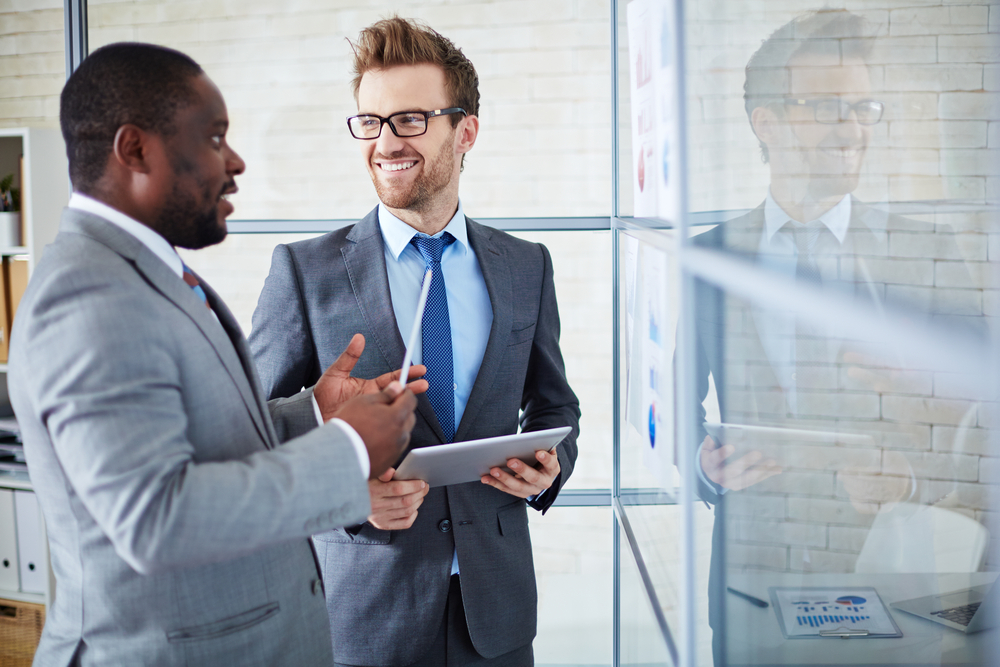 “I’m sorry, what do you mean by that?” – why verbal communication skills matter

I was at a party the other day which involved meeting and speaking to lots of people I hadn’t met before. One of the guests, a tall unshaven man holding a plate full of buffet food, introduced himself and asked me what I did. I didn’t tell him that I was an instructional designer because most people, understandably, don’t know what this is – instead, I told him that I worked for an online training company. As this didn’t pique his interest, and his conversation looked to be drying up, I didn’t bother elaborating and fired back the same question at him.

“I’m doing a PhD”, came the reply.
“Oh really, that’s interesting”, I said sincerely, “What in?”
“18th century Literature and the philosophy of language.”

He wouldn’t have known this, but I’m actually quite interested in the philosophy of language (and also have a morbid fear of single sentence conversations) so I enquired after the philosophers he was planning to write on and asked him what he was going to say. He was one year into his thesis so, presumably, this wasn’t the first time he’d been asked such a question by a layman so I thought he might have a little spiel ready which neatly summarised, in an accessible way, what his PhD was all about. Aside from the conjunctions ‘and’ and ‘on’, his reply reminded me of the sort of thing that you might get if you plugged a series of words into a computer and programmed it to provide you with a selection of these words at random.

His reply was thus:

“I’m writing on the epistemology and ontology of Ezra Pound’s modernist aesthetic poetry and exploring the way in which the philosophy of language manifests itself in his work. My motivations are rather obtuse.”

Now perhaps I got what I was asking for by asking an academic to tell me what they were doing, but when people talk like this at a party, I want to cry out “Know your audience! No one here has a clue what you’re talking about!” Do people speak in this fashion because they mistakenly believe that others will understand them? Is it because they’re trying to show off? Or is it because they aren’t interested in being understood by those outside of their field who might not be able to contribute much in return? As it happens, my degree was in Philosophy and I would hazard a guess that even most Philosophers would have had trouble gleaning anything from his explanation. And certainly, another party-goer, who had, by misfortune, tried to join in our conversation, had no idea what he was talking about, quickly lost interest and walked off in the direction of the roast beef and pasta salad.

To rephrase an old adage, if you can’t communicate clearly and accessibly, then don’t bother communicating at all. When I said this to my friend, he responded that this would purge all of the fun and creativity from language. But whilst I agree that we wouldn’t want to apply my maxim to literature, I believe it would be welcomed by readers of non-fiction who read non-fiction for its messages, arguments or facts.

Take, for example, Darwin’s Origin of Species. If Darwin had articulated his theory of natural selection in words that only a minority of people understood, would it have been able to knock ‘Creationism’ off the top spot as the explanation of the origin of man? Conversely, if Karl Marx, hadn’t written Das Kapital in such a difficult style, then generations of people could have spent more time investigating whether his ideas would work in practice rather than debating what his actual ideas were. That’s why popular science books like Stephen Hawking’s A Brief History of Time, Levitt and Dubner’s Freakonomics or, more recently, the BBC’s excellent three-part documentary series on the economic ideas of Keynes, Marx and Hayek are so fantastic – they communicate complex ideas in ways that can be understood by the majority of people without glossing over any of the subtleties. No reader of A Brief History of Time would claim that it was an ‘easy read’ – but if anybody failed to grasp the message, it certainly wasn’t because of the way in which it was written. Writing in a manner that only a minority of people will understand is only further down the spectrum from when the Catholic Church would only give its services in Latin to an overwhelmingly English speaking public.

That’s why I say that, when dealing with matters of fact, style should and always ought to be the servant of substance; style should be used as a tool to help to communicate the substance or fact.

So I shall end, with a few lines from a poem of Ezra Pound’s, who, as I just found out from Wikipedia, was a remarkably lucid communicator.