Implicit learning and the real lessons of gaming for instructional designers

As an avid gamer with more than my fair share of first-hand gaming experience, my toes curl at the half-hearted attempts at gamification that creep into elearning like a serial photobomber.

In an age of simplified, some might say distilled, mobile gaming where simple interactions lead to addictive gameplay (i.e. ‘flappy bird’, ‘angry birds’, anything to do with birds) – businesses and instructional designers have desperately grasped for a mechanic that can transform their learning from mind-numbing compliance into addictive learning gameplay.

For me, however, they seem to be grasping at the wrong mechanics. Scoring and rankings are great, but they require difficulty to become interesting (if Flappy Bird was easy, it would never have caught on). That difficulty is the mechanic through which a user, or a learner, becomes interested in bettering themselves and beating the game. The difficulty in flappy birds is derived from the precision it requires to guide the least aero-dynamically shaped bird in existence through an increasingly complex series of jutting pipes. 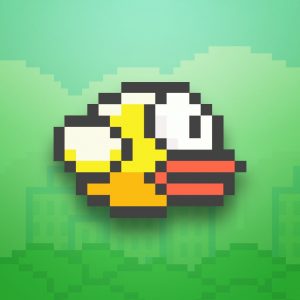 But nobody learns a thing from Flappy Bird, apart from perhaps the fact that life isn’t fair and that green metallic pipes are anathema to dysmorphic birds. Nor do we become better people through our increased aptitude at digitally flapping. The content is devoid of anything substantial (it barely includes a bird) and so the whole experience imparts nothing but a hollow addiction that is gone as soon as it arrived.

Learning, however, is content-heavy. It is full of material and to make it addictive – to make the mechanic of guiding a learner through the content interesting – is a much more complex task.

If one wants to make this sort of content interesting through gamification, one needs to look at popular games that channel enormous amounts of content. For example, role-playing games such as Mass Effect, Fallout and even Grand Theft Auto are infinitely better resources for instructional designers to study how gamification can increase a learner’s interest. These games revolve around freedom and how the user’s choices have implications on their environment. In all of these games, the user is compelled to empathise with characters, immerse themselves in a world and make important decisions that will affect the game’s conclusion. By the end of the game, the user will be able to reel off unbelievable amounts of information about the game’s world and what they have achieved within it. They will have learnt.

These games all have themes and messages that are built into their world, which are not explicitly stated but rendered through their structure. For example, Fallout is about the complexity of basic human nature and the resourcefulness of humanity. Mass Effect is about racial tolerance and the dynamics of a political system. These things are implicit in the material and are taught to the user through story. Who says the content of elearning can’t similarly be implied and engaged with?

Nobody is suggesting we replace traditional compliance training with Grand Theft Auto, but the fact that someone can actively enjoy – not just enjoy, but consider a leisure activity – the learning of so much content is something that instructional designers have to sit up and notice.

So, how can we utilise the mechanics with which these content-heavy games become fun? We can build scenarios, include branching choices that make a sensible and entertaining impact on the outcome of these scenarios, even using traditional story arcs (beginning – middle – end; protagonist, antagonist, final showdown) to drive home an allegorical point about the content we are trying to impart. The point is to have a coherent narrative that positively reinforces the behaviour, decisions and knowledge that we want to teach.

‘Gamification’ has a bad reputation because it commonly focuses on the trappings of superficial mobile gaming: the timers, scoreboards and simplistic interactions. What instructional designers are missing is the content of games, how they are structured and how the story arcs and themes are realised within them. This doesn’t mean big-budget graphics or gun-toting criminals talking about anti-bribery; some of the most addictive and engaging experiences I have ever had were from text-based games.

For better gamification, and therefore better learning, we need to build on these scenarios. We should flesh them out, by paying attention to story and the ‘world’ of the elearning and how that world pertains to the ‘themes’ (the learning objectives) of our ‘game’ (the scenario). I am lucky to work for a company that has figured this out.