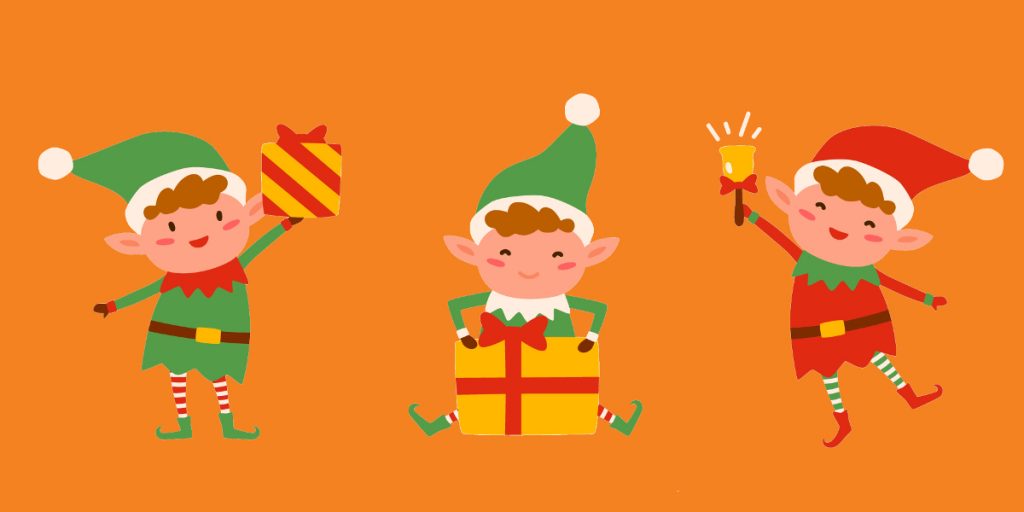 “It was Boxing Day when I knew something had to change. There was no way we could continue as we were,” the elf said as she looked up from the mug of hot chocolate she cradled for warmth between her little hands. “We still love him of course, but he is so stuck in his ways. Something has to change.”

I had agreed to meet Saff, Head of L&D, at a hot chocolate joint in Lapland after hearing rumours of elf burn-out in the build up to Christmas 2017.

Since Saff started her role in 2009, Christmas cheer had gone global through social media. The inbounds team were now inundated with lists from the beginning of October.

Driven by his deep sense of goodwill, it was clear Santa had been pushing his workforce like never before.

“But it isn’t just the sheer number of presents,” Saff had said. “It’s the fact that the lists are now full of products we have never heard of before. I was speaking to my father only last week. He had been on the wooden tractor line for over 35 years! I told him we didn’t make them anymore. He didn’t believe me, said it was a blip, an anomaly, that the children would want them again soon. But I knew that wasn’t true. Children now want iPads and smartphones, drones and VR headsets. Everything is so much more technical and every year it changes. My team just can’t learn how to make the new presents fast enough.”

It was at this moment that I knew I could help.

I had asked her whether there was appetite for change. She stared at her empty mug and then began to tell me the story of Tim, a senior elf in Logistics.

“Tim was brave. No one else would have suggested we mechanise the reindeer.” She shook her head, “Rudolph was angry. He burst on to the factory floor and demanded to speak with Santa directly. He was drunk of course, they all are in the off-season. I just remember his big, bulbous red nose and him bashing his antlers into one of the production units. It was terrifying for the team. But, as you can imagine, the reindeer are a powerful group up here and Santa didn’t want to upset anyone, so no, nothing changed.”

I put down my drink.

“Saff, what if I told you I had a tool that enabled people to learn effectively, on-the-job?” I asked.

“What do you mean?” She said, looking confused.

“It’s called Saffron eaSe. It could re-train the reindeer and help the elves be more productive! All the helpers would be able to follow the process step by step for making presents as they were making them!”

“So, for example, imagine that you received a list and there is a request for a drone. Well, you could set up the build instructions in the authoring tool, and then that person would be able to build it- even if he hadn’t done it before. They would be able to learn on the job. It also works on systems so if you did want to mechanise the build process, it would let the Helpers be able to operate them easily. Sound good?”

“Yes, it sounds…’ she paused, tears were welling up in her eyes. ‘It sounds like Christmas has come early.”

“Steady on,” I said, “but it could be really helpful for your team at the grotto.”

Fast forward 10 months and I am sat in her log cabin on the outskirts of town. Through a small window, I can see snowflakes drift in the crisp air and her neighbours’ cabins glow, soft and warm, under a blanket of white. This calm, almost magical scene, is very different to the one when we had first met.

I had come back to hear about how things had gone since they had brought in eaSe.

‘It’s been great,’ she said. ‘The staff have all found it really simple to use, and this year we had a big increase in morale. It has really made a difference to the way we do things round here.’

We shook hands in the doorway and wished each other a very Merry Christmas.

I was really pleased with the positive impact that Saffron eaSe had on her organisation. There are a lot of myths out there, but one thing for sure is that point-of-need tools improve performance and will be here for many Christmases to come.