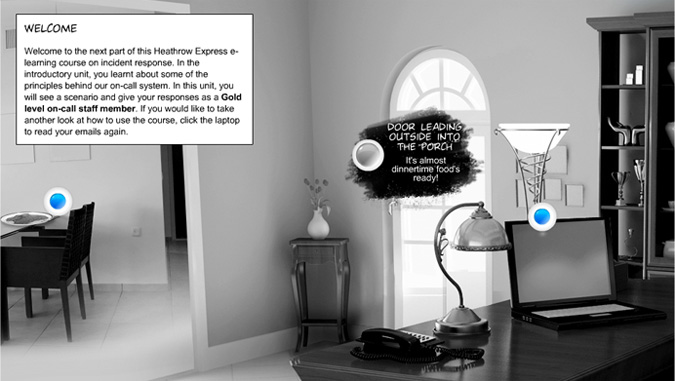 In preparation for the increased security concerns during the Olympics 2012, Heathrow Express (HeX) approached Saffron to design an elearning course, followed by face-to-face training. The purpose of the training was to ensure that all levels of staff would follow the proper procedures in the event of an emergency.

This involved creating a bespoke learning management system to host the course, a repository of supporting documentation, elearning, and face-to-face sessions for 23 agencies, including the Metropolitan Police and Fire Service. 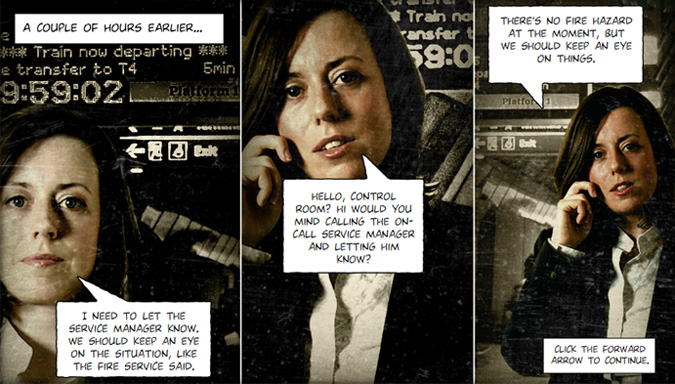 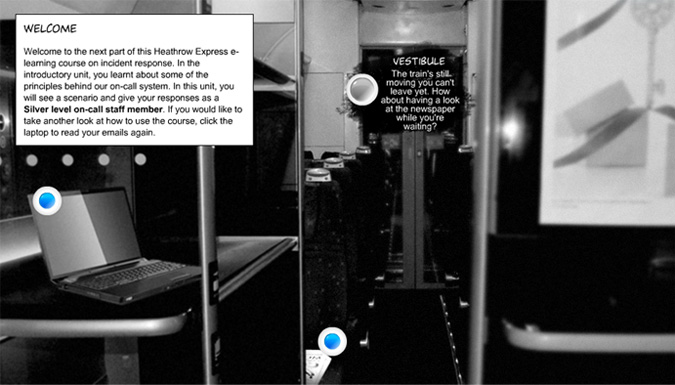 On 6 July 2005, the Olympic Committee awarded London the rights to host the 2012 Olympic Games. The following day, four men detonated four bombs, three in quick succession aboard London Underground trains and a later one on a double-decker bus in Tavistock Square. Fifty-two people, as well as the four bombers, were killed in the attacks and over 700 were injured.

While planning for the Games proceeded on the assumption that the national security threat level will be severe, there was a clear focus on ensuring that the Games would go ahead under almost any circumstances.
The Heathrow Express rail service (HeX) already transports over 16,000 passengers daily between London Paddington train station and Heathrow airport, with an additional 43,000 people arriving every day at London Heathrow during the Olympics, a 45% increase in airport traffic.

Previous incident response training consisted solely of a highly detailed but difficult to navigate procedures manual, with no supplementary formal training for on-call managers. Even more experienced staff were put off by the compliance-orientated structure and size of the documents. As a result, the documents were not thoroughly read by those responsible for their execution, or accessible in the event of an emergency that could risk lives, the company’s reputation and its future. With the number of service users likely to increase by over 50% during the Olympics, and with all the world’s eyes on London, HeX needed to be sure that staff could make the right choices instantly under immense pressure, should the worst happen. 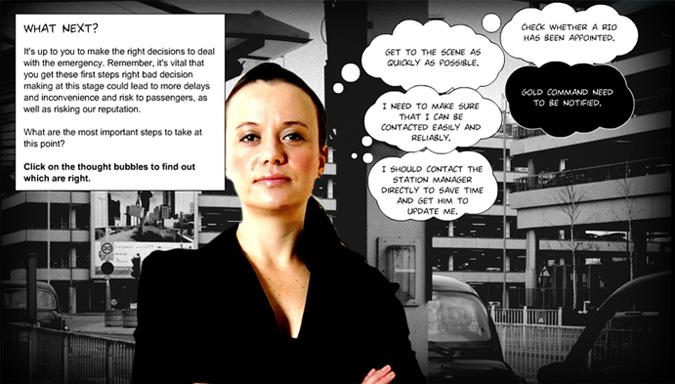 HeX had previously worked with Saffron in 2008 to produce Fire Safety compliance training. The training that was delivered was bespoke and tailored specifically to their infrastructure. In this instance the scope of the training went beyond the traditional user groups to include external groups such as contractors and sub-contractors.

As the course was mandatory, Saffron built a back-end mechanism which meant that users could only receive their security pass on completion of the course. HeX wanted the same innovative approach to developing back-end solutions for the new Incident Respose training. 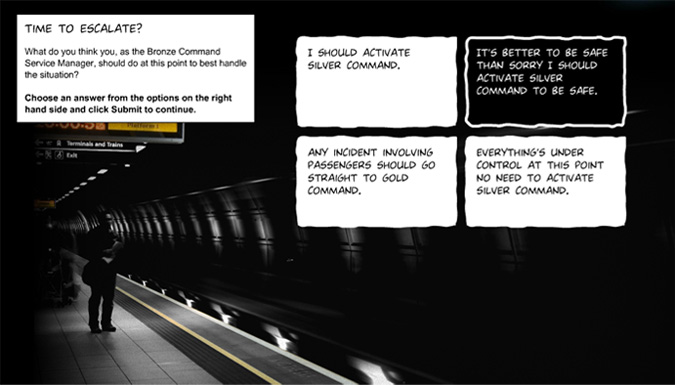 HeX and Saffron Interactive tackled the training need with a three-fold blend:

These learning methods were all designed to ensure that HeX personnel would make the correct choices in the event of a serious incident that threatened lives or compromised the business.

To effectively convey the seriousness of the learning, we drew inspiration from ‘film noir’ to design an immersive, graphic novel style course. The course allowed the learner to become a protagonist in the scenarios – to become the agent of their own success or downfall. The innovative presentation and content has inspired learners to explore modules that extend past their own role and responsibilities, resulting in a workforce that has a much deeper understanding of each others’ roles and responsibilities during an emergency event. 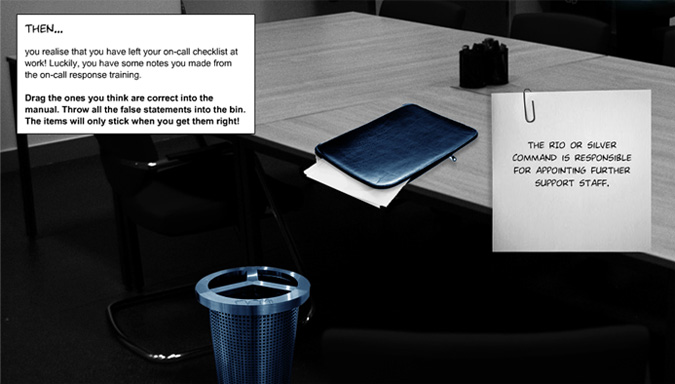 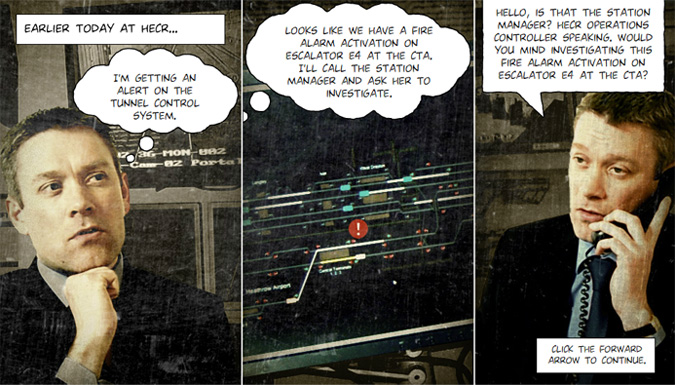 By maintaining a commitment to behavioural change and immersing the learner in dramatic interactive scenarios, we went far beyond nominal compliance to achieve genuine performance improvement. What’s more, the LMS and the takeaway resources have changed the way that HeX people learn, and have empowered and re-engaged an entire workforce.

The live exercise day demonstrated that individual and team performance was improved by the elearning, which has extended to improved collaboration with over 20 external agencies and given people a thirst for continual improvement.
As one learner described the experience: ‘I was quite surprised to find myself questioning my knowledge and understanding – I have 15 years experience of on call, and was also involved in writing the emergency plans and the emergency procedures. But even so, going through the modules, there were a couple of questions that I had to really think about, and one or two that caught me out!’

As a further result of the training, a number of inefficiencies within the organisation and partner organisations were uncovered. By analysing their approach to emergency procedures and highlighting areas for improvement, HeX has been able to refine and develop their approach to make travel safer for all. HeX is now looking to extend this outreach programme to an even larger selection of partners. 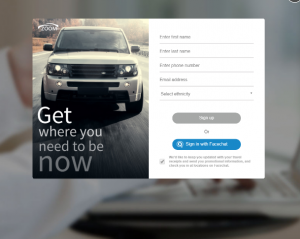 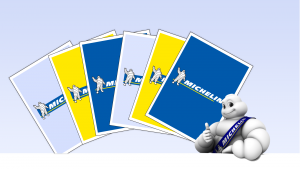 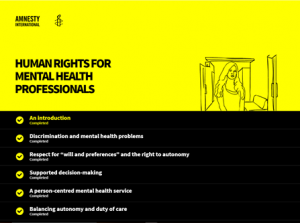 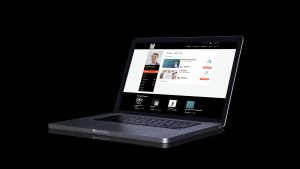 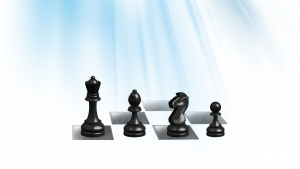 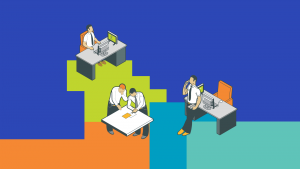