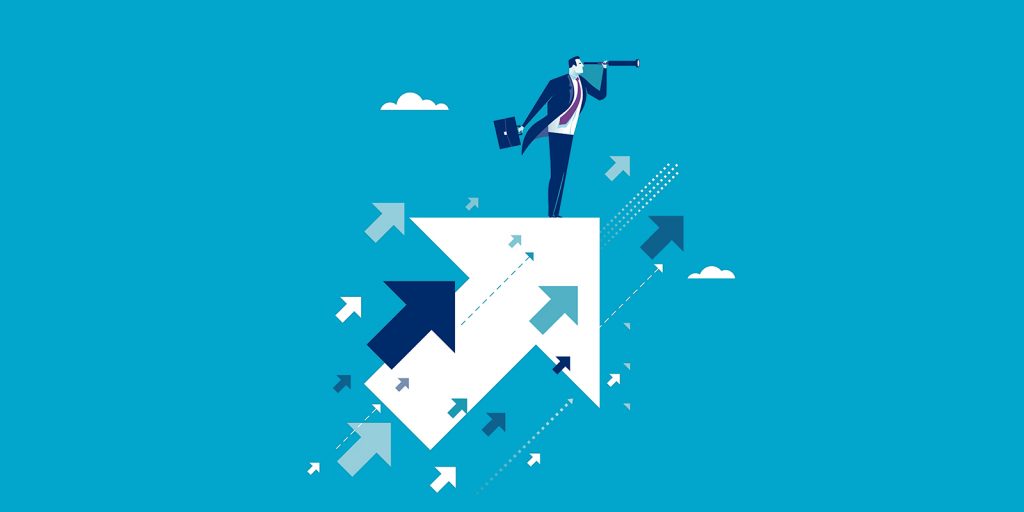 Change or die – why constant change is the future of work

Change or die. Adapt to survive. It’s not just a biological imperative, but also a business one – now more than ever. It’s the stark choice facing almost every organisation.

You might think I’m being a little dramatic. Well, more than half of the companies on the 1999 FTSE 100 were no longer there in 2015. Many have been ripped apart by their competitors or become entirely extinct. It seems like every day we’re seeing a stampede of cutbacks, job losses, profit warnings, takeovers, even administrations and bankruptcies.

Think about those household names that have bitten the dust recently. Toys R Us, BHS, Woolworths, Enron, Blockbuster… the list goes on. UK electronics retailer Comet, for example, went from a turnover of £2 billion in 2008 to being sold for just £2 in 2011. That’s some devaluation in just two years.

What did all these fallen behemoths have in common? They all failed to change quickly enough. None of these companies kept pace with their competitors, let alone the disruptors that shook up their industries.

The barrier to entry is lower than ever, and nimble start-ups are nibbling at the toes of the slower companies, who are too busy trying to keep up with (or being eaten by) the ever-more-dominant Big 5. How many of you are looking over your shoulder to see if Amazon has decided to join your sector yet?

No one wants to be next, and everyone’s trying to change as fast as they can to keep up. The problem is, that pace is reaching breakneck speed. Technological disruption is nothing new – but it’s accelerating.

Mary Meeker, the closest thing the tech world has to Groundhog Day’s titular Punxsutawney prognosticator (sorry, Mary), recently released her annual tech forecast. The whole deck is jam-packed with invaluable insights, but one slide in particular grabbed my attention: 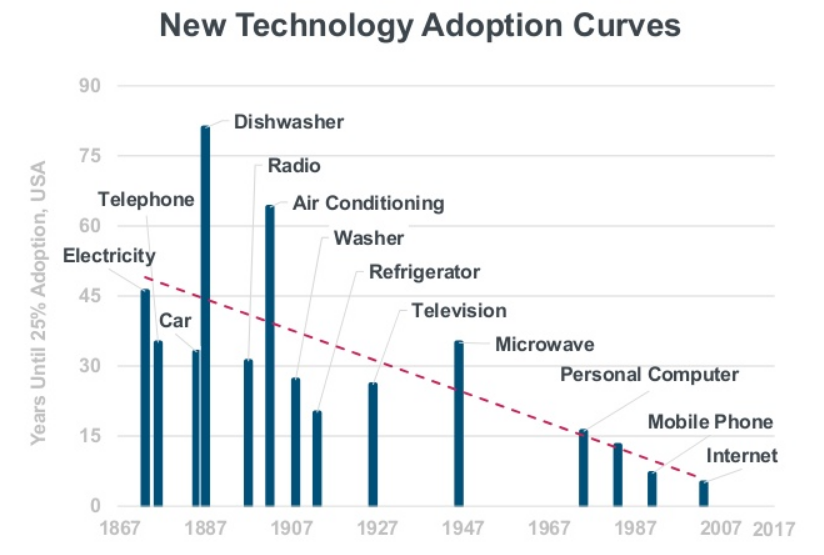 This dramatic chart shows the relentless pace of technological progress, and the speed at which it’s increasing. It took 80 years before the dishwasher became a familiar feature of consumer homes. It took the internet just 5. Adoption of the technology that drives consumption is faster than ever. Businesses must keep up with that consumption.

Advances such as smartphones and social media are catalysing these developments, changing the way consumers interact with organisations almost faster than the organisations can respond. AI, blockchain and the Internet of Things might just tip that balance over the edge.

Perhaps my earlier allusion to Groundhog Day wasn’t the most appropriate. In fact, we’re in the opposite situation. We’re not living the same day over and over again; we wake up each day and everything has changed. Organisations have to change or die.

So how can we keep up? The problem is, as humans we’re not hardwired for rapid change. Our basic biological make-up hasn’t altered in a couple of hundred thousand years. The underlying human behaviours and motivators that surround habit formation present a challenge when we’re talking about constant change.

In a study by a group of UCL professors, for example, a behavioural change like drinking more water or exercising more took 66 days of concerted effort to become habit. Difficult ones took as much as 250 days. And that was just simple lifestyle changes. Not familiarising an employee with a whole new role, system and skillset. How many of us have 66 days to run a change initiative these days, let alone 250?

That’s where great learning, performance and change management steps in. It’s about equipping employees with the skillset they need to deal with the inevitable constant change that businesses undergo. To that end, analytical and soft (or social) skills will become more and more important. 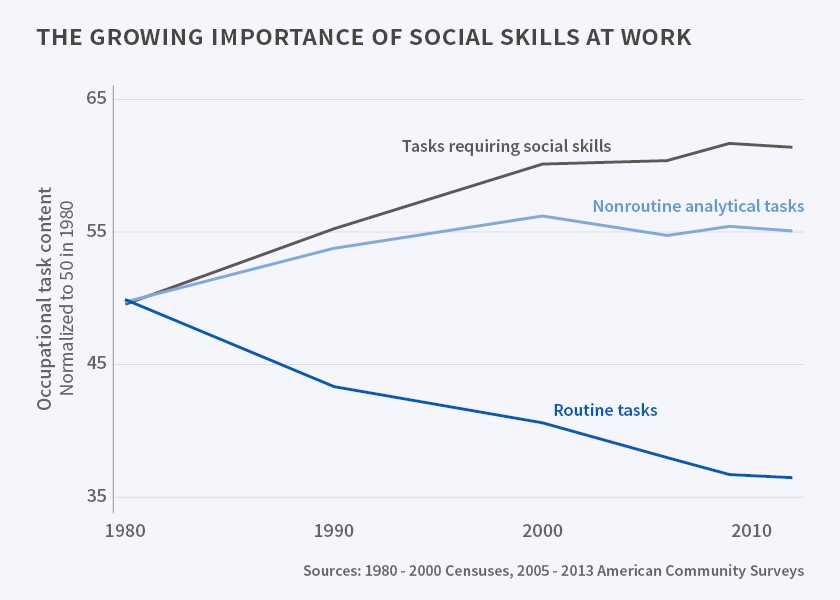 “Soft skills” is itself a misnomer. As we progress and AI begins to shoulder more and more of the routine task load, those “soft” skills will look more and more like essential skills. Much more effort needs to be put into improving these individual performance factors through learning initiatives and well-run change programs. After all, those factors determine how well organisations as a whole reach ever-moving targets.

But we can’t just chuck employees into endless essential skills training either. We need to keep them motivated and engaged, which is easier said than done when you’re facing your fifth change program in a row with no break between them.

That’s where learning and performance departments need to get a lot better at harnessing the intrinsic and extrinsic motivators that keep people engaged. Behavioural science holds the key to these. Similarly, employee engagement initiatives  are so important, lest engagement levels hit this kind of Bill Murray nadir:

But beyond this shift in training targets, we need to think on a macro level. It’s not just about learning objectives, but about instilling a learning mentality, a learning culture.

I’m reminded of a World Economic Forum report on the upcoming ‘reskilling revolution’. One of the key takeaways from the report is that ‘we will all need to become creative, curious, agile life-long learners, comfortable with continuous change.’

That’s absolutely true. As technology continues to fuel an acceleration in the rate of change, change becomes the only constant. We all need to react. How organisations adapt to that will determine whether they survive. It’s change or die.

I’ll leave you with a final Groundhog Day scene, one that emphasises the benefits of lifelong learning in the face of endless repetition. Or endless change – they’re the same thing after all.

To find out how we’re staying ahead of the game, catch our seminar Change or Die at Learning Technologies Summer Forum.