On seeing a link with the title ‘Ribbon Hero 2’, I thought it was an app which would spam all my friends. But the moment I saw Clippy’s Second Chance, I knew it was something related to Microsoft Office.

Clippy (an animated paperclip who was one of the Office Assistants included in Microsoft Office 97) had helped me with tips and tricks when I first started learning the software. When I downloaded the game and saw that, as the story unfolds, Clippy is in need of some help, I thought I should return the favour.

Learning Microsoft Office is not exactly the most fun thing to do, but as I played the game, I saw that there were three main elements which kept me glued to the screen. I thought I’d share them, as each one helps us understand how we can gamify systems training to get better user engagement:

The first interesting thing about the game was the different levels it had to offer as I completed tasks. Each level was designed differently, and you get to explore each level, with challenges you have to complete before you move up.

People using a new system may have feelings, insecurities, and reasons why they want or don’t want to do things in a certain way, and to overcome those feelings we have to reinforce learning with strong, simple motivators. Levels are everything in gaming: enabling learners to recognise their own progress through incremental accomplishments is vital to sustaining interest.

So how about renaming your modules as ‘levels’? It’s a lot more satisfying to know that you have reached level five, rather than starting yet another module! Also, remember to include scenarios (like Clippy’s story!) which explain WHY they should be doing this. Every organisation has an interest in people knowing how to use their software better, so involve learners in a different scenario during each level that explains those benefits.

2. The ‘What You See Is What You Get’ factor

The tasks in Ribbon Hero 2 were beautifully overlaid over the software and hints help you overcome the hurdles. Since everything happens ‘in-application’ there was nothing left to my imagination: I knew what I had seen and how to use it in real-time. There is something addictive about a realistic environment because it lights up neural connections which already exist, so the detailed graphics used in games help players feel truly engaged (especially when the game is about something that could ‘happen’ in real life).

It’s really important that systems training replicates this by including real screenshots and, most importantly, real and believable data. The success which Saffron had with Hilton International when we developed system simulations to capture and replicate every function of the system was partially because of the WYSIWYG factor.

The game progresses based on a variable number of points awarded for each task. For example, if you don’t use the tips for a task you get the maximum points. And, focussed on winning points and level ups during the game, unwittingly I was mastering the features of the software.

These performance indicators are not difficult to build into elearning – it’s all part of giving learners strong and positive feedback when they complete tasks successfully. In systems training, we have additional scope to use devices like countdown timers and optional tips, which contribute towards variable points for the same task. This variety gives learners an extra incentive to apply more brain power than they usually would to a task!

As Sara Faulkner, from the Office Labs team, says, based on early usage data, we know that 60% of Ribbon Hero users who completed two challenges then went on to play all ten, and 80% of users agreed with the statement that Ribbon Hero is a ‘great way to get familiar with the new version of Office’. User feedback like ‘I learned three new tasks in just five minutes’ and ‘I feel that I have learned quite a lot about Office’ also demonstrates the success of the game.

What did you think of Ribbon Hero 2: Clippy’s Second Chance? Did you play it at the time, and if so, would you recommend it as a training tool? I’d be interested to find out what you think. 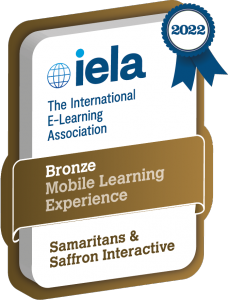 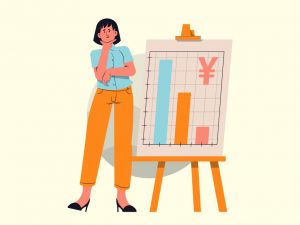 Solving the data puzzle: delivering performance impact with your learning