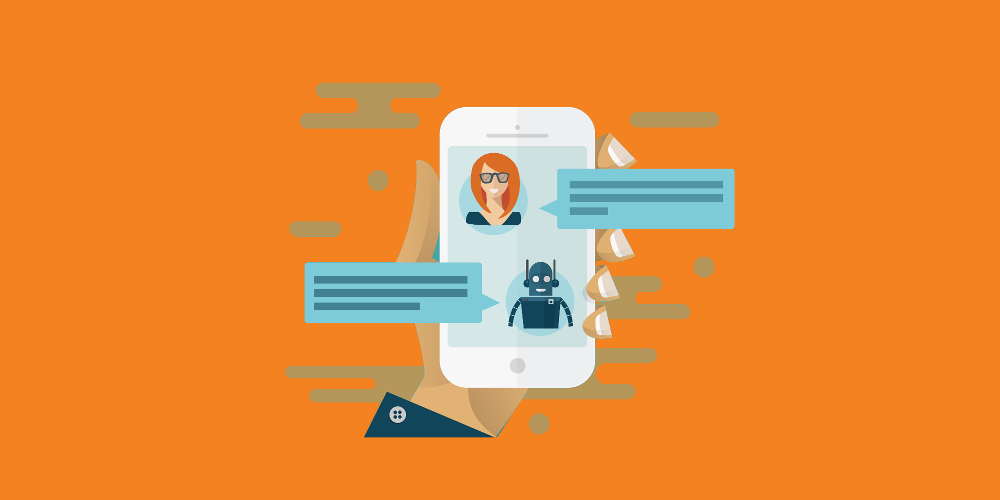 Why a learning chatbot might soon be your closest colleague

We’re all painfully aware that artificial intelligence is poised to revolutionise the world of work. Learning and performance, HR, IT… every department is set for a machine-led overhaul. As the pace of change only continues to speed up, adapt to survive becomes no longer just a biological imperative, but a technological one.

No business will be able to remain competitive without the power of machine learning and all the insights it can generate from the huge amounts of data we’re accumulating. One survey of over 350 AI experts predicted that AI could even be writing a bestselling novel by 2049 (and who knows, maybe I might even have finished the first chapter of mine by then).

What will the outcome for people be? And how does a business need to respond? In a world where things change so quickly but humans don’t, learning chatbots could be at the forefront of these transformations. But not in the way you might think.

But before we get ahead of ourselves, we should probably consider the definition of a chatbot. Broadly speaking, a chatbot is a service powered by rules, code, and often a sprinkling of AI, that you interact with through a chat interface. These interactions can serve a variety of purposes, whether transactional, entertaining, or informative.

The thinking behind chatbots isn’t new. Ever since computers surfaced midway through the 20th century, people have been envisioning having heart-to-CPUs with them. Closely linked to early imaginings of AI, the idea of a talking robot has been culturally ever-present. From the sinister HAL 9000 and his Simpsons reimagining, to KITT in Knight Rider, to the recent intimate anthropotechnic relationships seen in Her and Blade Runner 2049, we’re fascinated with the idea of digital sentience and our interactions with it.

Perhaps the earliest example of attempting to make these ideas a reality was proto-chatbot ELIZA, built in the 1960s by MIT professor Joseph Weizenbaum to hold simple psychotherapeutic chats with users. Think an awful lot of “Hmm… tell me more.”

Later, as things began to go digital, we started seeing desktop escapades of primitive chatbots being found in programs such as MSN Messenger, as the Gen Y’ers amongst you might recall. They then started to appear on the web, with chatbot services for weather forecasts or talking to Miss Piggy. Things went a little quiet as everyone’s attention became focused on the mobile app rush, but it seems that we’re finally at the point where the chatbot wave is ready to break.

The technology is finally catching up. AI is now reaching a high-water mark, one where chatbot interactions can be meaningful enough to hold real Turing-standard conversations, rather than just illusory interactions delivering pre-programmed responses.

Our everyday tech is now much more capable of hosting a chatbot, too. They now permeate digital society and are available to the general consumer. You’ve probably already got one – or several – in your pocket. Most of us are familiar with Siri (or equivalent), who’s able to answer the vast majority of practical questions we ask, with that ratio only increasing every day.

We take it for granted, but having an AI assistant in your pocket is actually pretty futuristic stuff. There’s no doubt these chatbots are going to play a greater and greater role in how users interact with technology and proliferate further still. Indeed, ask Siri if it has kids, and it answers “Artificial intelligence does not have the capability to reproduce. (long pause) Yet.” Creepy.

The imminent ascension of our robot overlords aside, the spread of chatbots isn’t just limited to phones. Think about the recent surge in sales of the Amazon Echo or Google Home. These are basically internet-of-things-enabled chatbots that are given a permanent fixture in your home.

That’s not to mention the growing population of chatbots in the digital communications channels we use every day. Channels like Facebook Messenger, Skype, and Slack are all overtaking traditional social channels, and chatbots allow organisations a presence in them.

We know that consumer trends such as mobile access, curation, and personalisation all trickle down to the business world, and this one will be no different, with chat becoming a more and more important way for organisations to communicate both externally and – importantly for learning and performance – internally.

So the point is, chatbots are all over the place, soon to be everywhere. The pressing question is: how can we use them in business, and particularly in learning, to facilitate change? 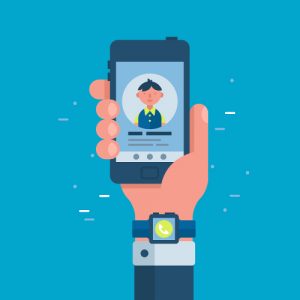 Chatting down to business

We’ve already seen the huge potential in customer-facing support roles. Would you rather go through one of those agonisingly slow monotone “Press 1 for all queries related to the exact opposite of yours” or get a direct answer to your question? The same applies to internal learning and performance support.

Don’t make your users trawl through endless piles of “resources” to no avail, then end up turning to a busy colleague or a search engine. We need to get rid of Google and provide our own point-of-need responsive support to learners so that they can access standardised organisational knowledge on the job.

Whether that’s through performance support tools or chatbots, the key is to reach the learner at the point of need. That means workflow integration, presence in internal social channels, and constant availability. That doesn’t mean endless suggestions of microlearning content that will never get read, or sitting users down at the end of the day to plough through a two-hour course.

There are already some great examples of performance chatbots in their early stages out there. Jamie Good’s SMS-based chatbot, for instance, uses natural-sounding conversations to provide conference attendees with key takeaways and reminders to act on them.  There’s also Woebot, a Messenger-based chatbot that’s having great success helping to shore up mental resilience (admittedly not just in a workplace setting). We’re starting to see digital learning providers wake up to the potential, too, but they’re a long way from fulfilling it… although watch this space for our own!

The buzz of conversation

Current learning chatbot offerings only function according to pre-programmed rules and limited AI. They’re essentially glorified search engines. Their responses and your input are limited, and the bot is only as smart as it’s programmed to be. We need to bring in machine learning to forge a chatbot that really understands your learning and your workflow, not just your commands.

With this kind of learning chatbot, we could provide not only instant, constant feedback when a user asks for help, but also pre-emptive guidance based around their current task before they even start it. That kind of point-of-need technology is available, but the next generation of chatbots will be able to provide it as part of an overall virtual assistant package, and to a greater degree.

Consider an AI assistant that really understands our current work process. One that can can also access and analyse all the reams of data from previous users’ actions and results to make its own predictions and suggestions. That could revolutionise decision-making support.

It would also be far more agile than the current learning trope of prescriptive content that’s out-of-date almost as soon as it’s written. Adaptive machine learning could keep up with situations where the requisite workplace skills and information are constantly changing. That’s going to be more and more often.

Package that all with advanced speech recognition and conversation simulation and learning chatbots could really make the experience more human and engaging. We know L&D departments struggle with internal perception and achieving the status of trusted advisor. Imagine if they were represented across the business by an avatar that people found truly helpful. That people actually wanted to engage with.

We’re getting into the realm of AI taking over everyone’s jobs again, but you get my point. The potential here is huge. I’ll leave it there by going by going back to Spike Jonze’s wonderful Her.

I’m sure all of us wish we had a bot that could sift through our emails at the same speed. Imagine if you could ask it to do the same with your learning, or to guide you through a tricky workflow. Well soon(ish), you’ll be able to. And I put my vote towards all of them being voiced by Scarlet Johansson.

Saffron’s chatbot, Saffbot, does many of these things. Except the Scarlett Johansson voice – we’re working on it!