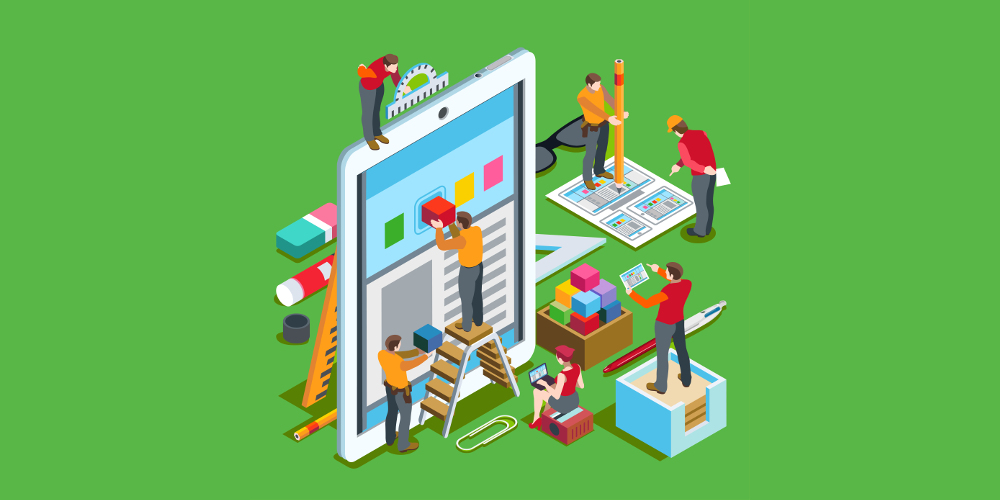 We all know that poor user experience can actively hamper learning. But on the flip-side, a positive user experience can take user engagement to the next level and cement real behavioural change. By creating a UX that’s designed to delight and feed our brain’s cue-response-reward cycle, you can create microinteractions that really can enhance emotional investment in learning and application.

It’s not too hard to think on a macro level about how learners interact with your content or platform. What’s harder is creating that intangible smoothness that makes an experience enjoyable and engaging – the UX factor. That’s where microinteractions come in.

Essentially, a microinteraction is the completion of a single moment or task within a user journey. Looking at these from a design perspective, we can make each one delight, engage and inform learners. Ultimately, it’s about leading the learner through the flow of your learning in an intuitive and effective way.

A well-designed microinteraction is a subtle change that smooths the transition between two end states. They don’t just facilitate the shift, but also signpost it by giving visual feedback. Think about that gratifying vibration and animation when you press a “like” button, or that satisfying feeling of swiping a completed task and watching it disappear.

Microinteractions fall largely into one of two categories. Firstly, there’s “functional” microinteractions, which reduce the cognitive load allowing the learner to focus on content. If they’re done well, you barely notice them. But when they’re done badly… think about how distracting an elaborate scroll can be on a content-heavy page, or a button that’s on the opposite side of the page to where you’ve been working. They distract from the learning experience and can even cause a learner to simply give up.

The other type of microinteraction is the “Delightful”, and as the name suggests these are designed to give a moment of pleasure. They can add energy or excitement to a page, particularly when there is very little other information on display. Think building anticipation on an app launch screen or making loading times more bearable.

As learners continuously engage with both the functional and delightful microinteractions (or hopefully a combination of both) in a learning experience, they absorb content and practise behaviours in an optimal manner.

Part of the reason for this is that well-designed microinteractions encourage a habit-forming loop defined by MIT as “chunking”. Here, the brain transposes a series of actions into an automatic routine. The three stages of chunking are cue, routine, and reward and cover the following:

It’s these rewards that fuel our motivation. The stronger the reward, the stronger the habit. For example, when you get a banner notification for a WhatsApp message on your phone, that’s the cue. Opening the message immediately is the routine, and the reward is receiving the information it contains. Over time the user begins to instinctively complete these journeys without thought.

It’s this microinteraction process that has been used by social networks such as Facebook to monopolise user’s attention for between 2 to 4 hours a day, on average! Used more judiciously, however, it can achieve the nobler effect of helping the learner achieve their learning objectives.

What makes an engaging microinteraction?

Firstly, keeping the interactions subtle enables the users to focus on the environment or content. Ideally, the user should barely notice the microinteractions at all, filling in the blanks with their mind to make transitions feel more natural.

By making the movements fluid, learners can more easily develop an intuitive understanding of the relationship between the elements as they move around your learning user interface.

Consistency is another key factor. Keeping the interaction predictable will give learners more confidence in their environment and encourage interaction with it. Don’t take up their mental bandwidth by making them think about what to do next. Instead, encourage a sense of flow.

Once users are in this state of flow, that’s when you can introduce slight variations – small mutations within the microinteraction that refresh and delight with the sense of reward. That swipe across the screen to get rid of a task? Now it’s got a sparkle or an explosion at the end. Who wouldn’t want to move on to the next one? It might seem minor (or micro), but these small motivations all add up.

Learning microinteractions can be tactfully deployed to immerse learners within an environment that you create, encouraging them to explore and discover. They can give that sense of autonomy and ownership that solidifies information absorption by subtly guiding a user through an environment without distracting them. Using microinteractions to encourage the cue, routine, reward cycle creates the kind of habit-forming learning that can help change behaviours. It delights the learner at appropriate times, releasing dopamine and keeping them engaged and wanting more. All without any micromanagement!