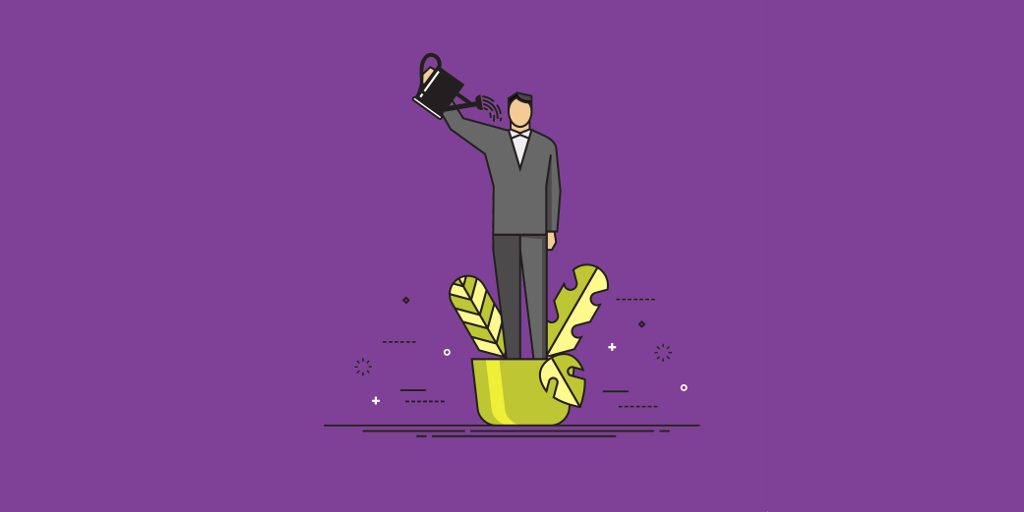 5 ways to champion self-directed learning in your organisation

The pace of change has never been greater. That’s especially true in the workplace, with employees needing to adapt their skillset to new challenges faster than ever. AI is expected to rapidly erode jobs across blue collar industries, yet a lack of skills in the data science and AI engineering industries means that organisations at the high end are paying as much as $10 million to hire each skilled worker.

To deal with this rapid change, the World Economic Forum have advised us that ‘we will all need to become creative, curious, agile life-long learners, comfortable with continuous change.’ Clearly, learning happens both on the job and formally, but as people managers and mentors become more and more time-pressed themselves, the burden of learning falls increasingly on the learner. This can increase time to competence, thereby making change even slower to embed.

More and more organisations are recognising this and beginning to foster a ‘Self-Directed Learning’ (SDL) culture in the workplace, supplemented by performance support tools such as point-of-need learning and chatbots.

Many of us seem to think that due to the unprecedented availability of knowledge after the digital revolution, it’s easy to learn independently. But the wealth of information at our fingertips is only useful if it’s relevant, valid and – perhaps most importantly – we know what to do with it.

We’re all guilty of ‘just Googling it’ to find a quick solution to our problems, but those of you who attended our recent LSG webinar ‘Get rid of Google’ will know that leaving people to their own devices isn’t always the best solution. Likewise, courses and resources are only going to boost performance and productivity if they’re used regularly and with a goal-orientated purpose in mind

Most employees want to learn. It’s the ‘directed’ bit of the ‘SDL’ acronym that takes effort – being focused, purposeful and target-driven. So how can you encourage people to make that effort when they already lead busy lives?

The power of reward has been recognised by managers for years, with some businesses offering their talent all sorts of monetary incentives and rewards to keep people motivated and productivity high. But these traditional rewards aren’t as effective as we think.

In his TED Talk ‘The puzzle of motivation’, Career Analyst Dan Pink talks about how we’re approaching incentive design the wrong way. Businesses have been replicating the same contingent motivators for years, but Pink highlights that this traditional, mechanistic, reward and punishment approach doesn’t work.

We need to appeal to people’s intrinsic motivators to generate lasting motivation. By building learning systems and networks that target these motivators, we can make it easy for learners to have just one more go of their own volition. Using insights from behavioural science can help to design these interventions, as we detail in our various seminars.

Employees need the freedom to think about their own competencies and development, but they also need a destination, a goal. However, as anyone who’s ever made a New Year’s Resolution will know, there’s a big difference between having a goal and reaching it. Help people identify both a start point and a destination that they can take ownership over. Then, complement their journey between the two by equipping them with skills and tools of inquiry, decision making and self-evaluation. Setting goals is standard procedure, but it doesn’t always encourage us into a self-directed learning habit. If we want people to act on their goals we not only need to motivate them to do so but also constantly ‘nudge’ them into performing the actions they need to in order to achieve those goals. We need to appeal to those intrinsic motivators.

We can see how behavioural science has been used in the fitness app, Pact, formally known as Gympact. Users set themselves a target number of gym visits within a period and they earn money when they reach their target. Importantly, users are fined every time they miss a workout and, at the end of the week, the fines are redistributed to all the people who reached their workout goal.

The loss aversion theory suggests that we are more susceptible to loss than to reward or gain, so penalties can be more effective than rewards. Whilst a monetary value is not practical to implement in most organisations, the loss of a continuous streak of learning can be just as motivating when compared against peers.

Just because the ‘stick’ can be more effective, it doesn’t mean we can totally forget about the ‘carrot’. Rewards can help people to motivate themselves on their self-directed learning journey, especially when socially reinforced.

For example, Fitocracy is an app that provides a reward system for anyone struggling to motivate themselves to get fit. The aim is to get to the highest level possible by logging the exercises you’ve done, whether it’s weightlifting or dancing, and earning points that get you past level thresholds.

Many other apps have tapped into giving people badges or points to motivate users. It’s all about making learners want to learn and taking ownership of their own progress by making that progress feel satisfying.

Importantly, these rely on a community where people can support each other. There’s still a misconception that the ‘self’ part of ‘SDL’ means that it has to be an isolated activity. It doesn’t. Culturally, we’re more inclined to think of things in individualistic terms and our businesses are set up in the same way, but innovation and creativity as well as diversity of thought comes from collaboration. We should encourage individuals to learn from each other and to work together towards a common goal through social and networked learning.

4) Create an experience worth returning to

If we want people to return to learning over and over again, it needs to provide a user experience that is second to none. We must strive to produce learning experiences to remember rather than merely providing people with information. The best way for us to form a habit is by being consistent. Consistently returning to self-directed learning at a specific time each day, or within a specific context, will encourage people to form a healthy learning habit. Behavioural triggers like mobile notifications and nudges encourage people to keep returning to learning.

5) Keep the bigger picture in mind

We need to think about the overarching structures when trying to give people the tools they need to take charge of their own learning. Author James Clear sums it up when he explains that we should focus on our ‘system’, not just our goals. We’ve already discussed the need to have a goal in place, but there needs to be a structured system in place to help reach it.

When I was teaching, I taught my students to see that the greatest value is often in the ‘doing.’ When devising a piece of theatre in a group together, for example. They struggled to grasp my belief that the performance was just a nice by-product of all the rehearsal, reiteration and revaluation they’d been doing for months.

Whether you call it a journey, process or system – arguably, this is where the richest and meaningful learning takes place. Let learners experiment and play. Engage their intrinsic curiosity rather than forcing it down their throats. Provide them with a category of resources they can click on if they like. That’s all self-directed learning.

A sense of self

Overall, we need to start seeing the bigger picture of change within people’s working lives, offering them the space for meaningful opportunities to learn independently. The learning has to be worth returning to or must be at the moment of need so that we can all form our own personal learning rituals and habits. If you want to step up to this challenge, you can follow some of the methods we’ve outlined in this blog. Let’s stop designing only one type of learning intervention. Instead, direct yourself towards learning how to champion a self-directed learning culture.

The Skills Sahara: Why your talent pool is drying up